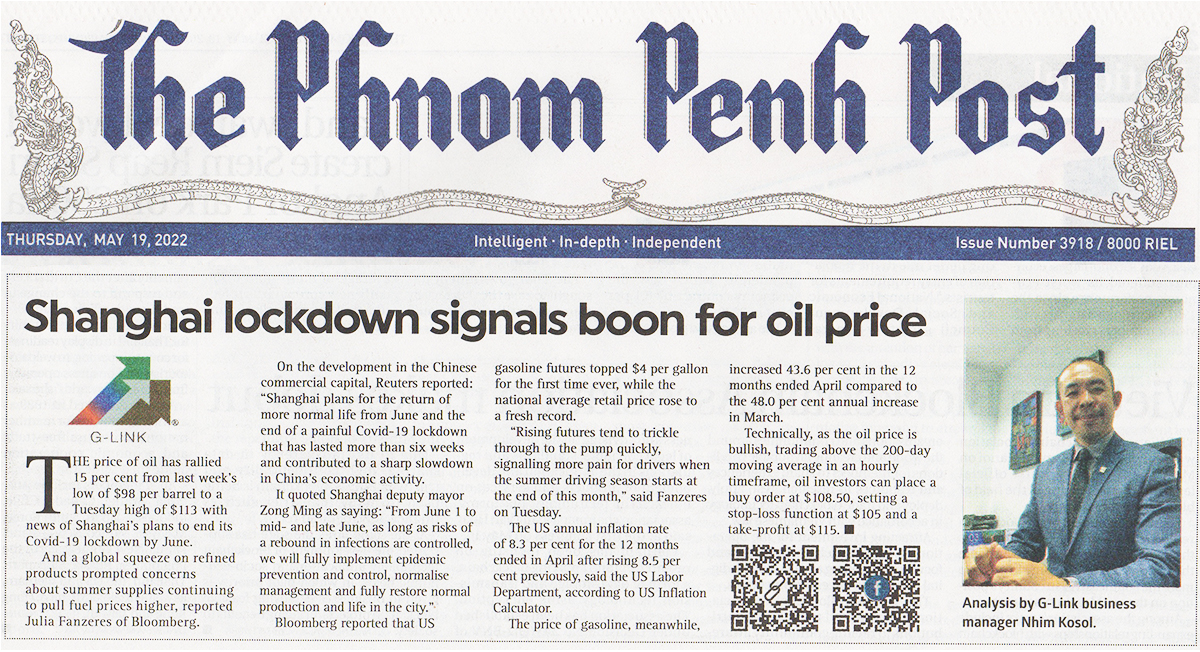 The price of oil has rallied 15 per cent from last week’s low of $98 per barrel to a Tuesday high of $113 with news of Shanghai’s plans to end its Covid-19 lockdown by June.

On the development in the Chinese commercial capital, Reuters reported: “Shanghai plans for the return of more normal life from June and the end of a painful Covid-19 lockdown that has lasted more than six weeks and contributed to a sharp slowdown in China’s economic activity.

It quoted Shanghai deputy mayor Zong Ming as saying: “From June 1 to mid- and late June, as long as risks of a rebound in infections are controlled, we will fully implement epidemic prevention and control, normalise management and fully restore normal production and life in the city.”

Bloomberg reported that US gasoline futures topped $4 per gallon for the first time ever, while the national average retail price rose to a fresh record.

“Rising futures tend to trickle through to the pump quickly, signalling more pain for drivers when the summer driving season starts at the end of this month,” said Fanzeres on Tuesday.

The US annual inflation rate of 8.3 per cent for the 12 months ended in April after rising 8.5 per cent previously, said the US Labor Department, according to us inflation calculator.

The price of gasoline, meanwhile, increased 43.6 per cent in the 12 months ended April compared to the 48.0 per cent annual increase in March.

Technically, as the oil price is bullish, trading above the 200-day moving average in an hourly timeframe, oil investors can place a buy order at $108.50, setting a stop-loss function at $105 and a take-profit at $115.

View All
View All